When I was a kid, my dad would turn on the old turntable (a record player, for you youngins), place a record on top, line up the needle and let it drop. And he'd "sing" along with George Thorogood, BB King, Aerosmith, The Jeff Healey Band and ZZ Top (to name a few). We were such brats (just like mine are now) and we'd never EVER let Daddy be alone to jam in the basement. So as soon as the music was cranked up, we'd run downstairs and dance around and sing along with him. My favourite part was when he'd take one of us by the hands and start dancing. He'd spin us around and sing and be silly and it was wonderful.
My dad is a biker (Harley's) for life (even when he's too old, he'll still be "Papa with the motorbike"). He'd wear old holy (and super soft and worn in) t-shirts with skeleton's driving Harley's, Jeans that we were surprised even kept him safe (or at least covered) from the elements. The basement was always a haze of smoke (until I mom banned smoking from the house, but i'm talking about when we were YOUNG), the music LOUD and Daddy jumping around like a kid. (Come to think of it, the memory i'm thinking of.. he was only 30!!! )
I wish so badly that my mom was quick with the camera. I don't have ANY pics of those awesome dance parties.

BUT I am quick with the camera... and I got THIS: 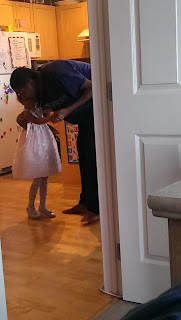 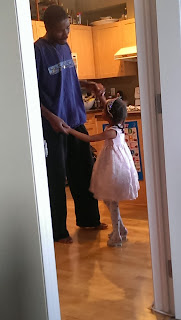 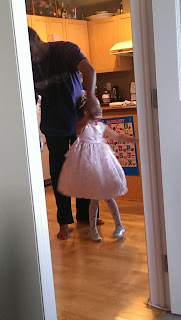 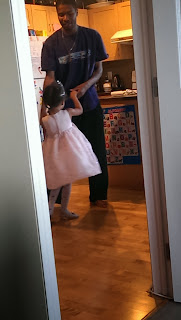 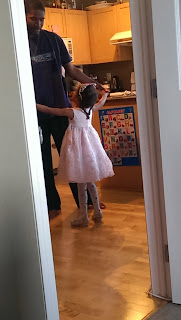 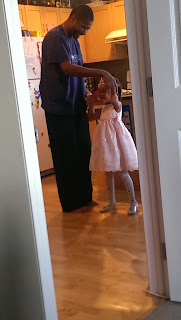 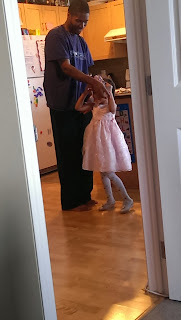 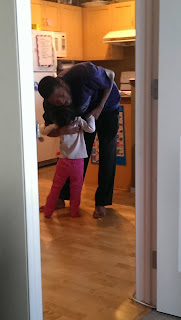 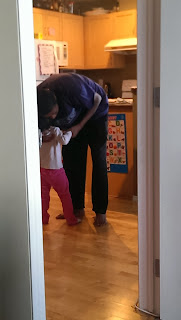 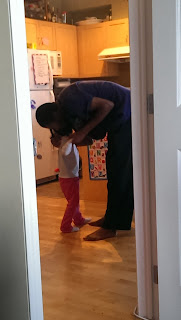 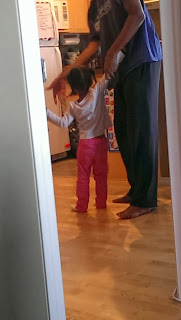 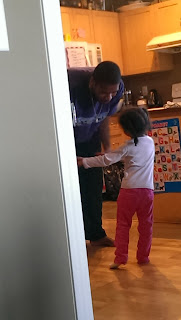 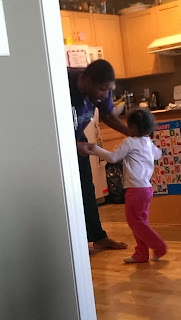 Posted by Chantalehoney at 2:11 pm

Email ThisBlogThis!Share to TwitterShare to FacebookShare to Pinterest
Labels: pictures, The fatherhood, The kids, the motherhood