And then it went back to normal

A few weeks ago we had some flooding... and then we had the Calgary Stampede. And now it's over.
The flood recovery is still going on, and repairs will take YEARS, but at least nobody is swimming home anymore. There's lots of controversy going on in one of the towns that was affected, and I don't want to take away from their stress at all, but I feel like here in Calgary, things are looking up. :)

I keep thinking about that one house I helped out, and I keep thinking about going over there and seeing the progress. But then I wonder if that's just being invasive. I mean, it's not like I did much. And they are not exactly ... broke. And I am. I'm sure i'll go down there one day. Maybe even to just give them a Christmas card or something...

OK! So I went down to the stampede for the first time in a few years! It was SO MUCH FUN. Of course, it helped that we had some birthday cake flavoured vodka... but fun nonetheless! We didn't go there to spend all our money, so we just wandered, and took in the sights and smells, and tastes! haha My best friend @runcrysrun, doesn't drink much, so when we got there, and she declared "only phallic foods all night!" I knew it was gonna be a good one... LOL So much fun stuff went down that night. Here is a run down in list form:
- Phallic foods all night
- buying a lotto ticket for my mother, the man misspelled Belinda for Mekuba (WTF!! LOL)
-  DEEP FRIED OREOS. It was so good, i was emotionally overwhelmed... I wish I was kidding.
- Playing some games. AND BEING AWFUL AT GAMES
- Running into our friend Mark (picture below. you'll know it when you see it)
- Touching my friends new (tiny) baby belly! If you didn't know her, you'd never know she's preggers yet. BUT WE CAN TELL :)

- "I’m not getting in a cab with you if you smell like meat." long story short, there was a steamy cooked/smoked meat stand... I was basking in the wonderful smell. Then burnt my hand, beside the "caution Hot" sign... my friends were REALLY good at rolling their eyes that night...
- Longest bathroom line ups ever. I'm pretty sure we had a party that lasted 30 minutes just to go pee. BUT since I was a bit tipsy, I didn't mind, or notice...
- Cowboys EVERYWHERE! Real and Fake. Le sigh,,,
- Girls trying to be cowgirls but actually looking like skanks. This part always makes me uncomfortable... since I don't dress like a skank (I can't even say anymore, since I can probably remember twice [maybe thrice] dressing less than classy, ever)
- Rain! lots of rain!
- Fireworks, in the rain
- Three headed monster in a poncho (some random GIANT man wanted in on the poncho action) (Correction, poncho party)
-FREE BEEF JERKY. (aka, more meat :) )
- Wandering downtown, trying to find a spot for our ride to pick us up.
- Being tired, and happy with my two best friends.  :) 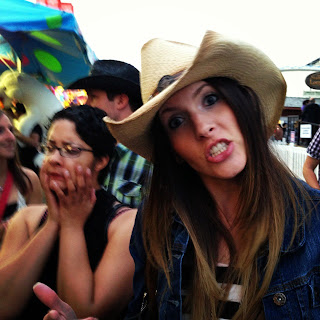 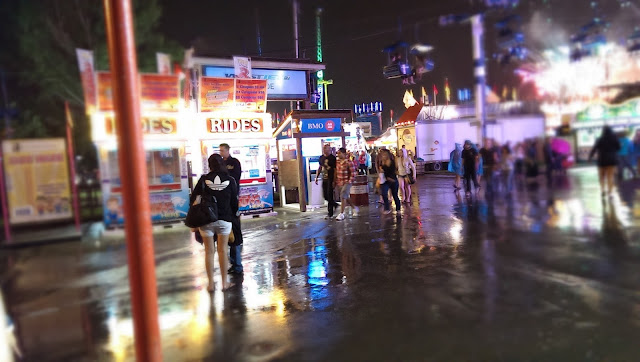 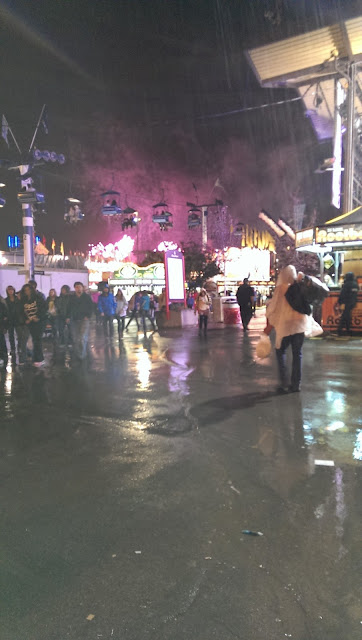 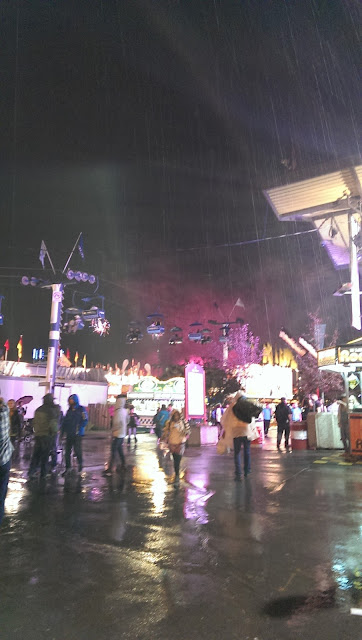 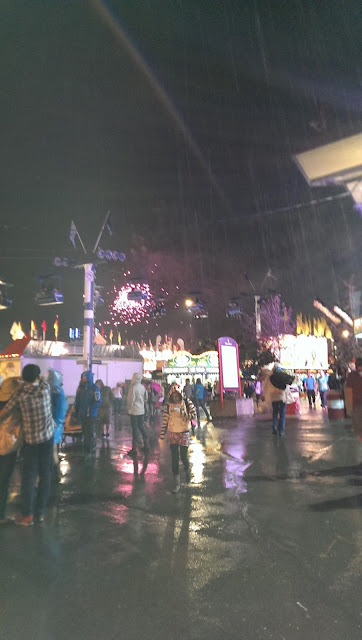 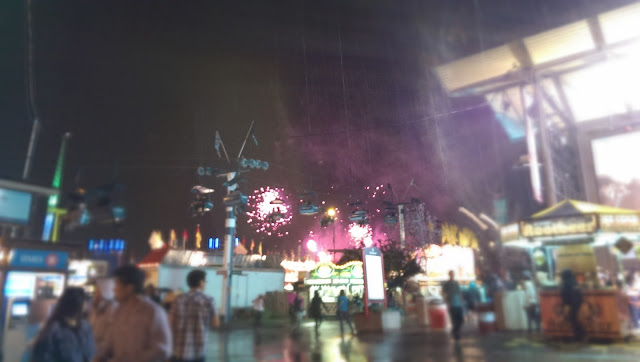 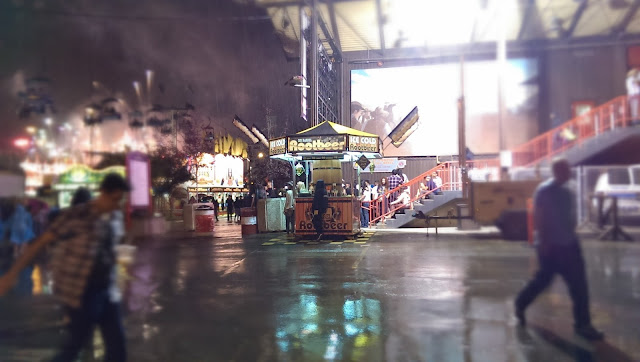 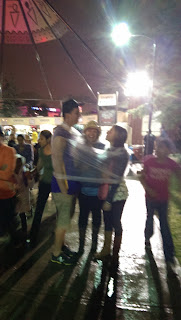 Posted by Chantalehoney at 11:03 am