My babies are mixed. So am I. (Although Fox is still not convinced ... lol)
My mother is a mixed black woman from southern Ontario and my father is a French Canadian. I have LOTS of different colors in me and my skin changes color many times throughout the year :) In the winter i'm a strange green color. haha

Growing up, I didn't know I was black. I'm not kidding, I have an aunt, who I'm very close with, and she's pretty dark, and I had NO IDEA she was black until I was probably 10. That wasn't until my babysitter asked me about my black background. I was like "what? i'm not black" HAHA um... yes you are!
Then she showed me pictures of my family on my mothers side, and even my cousins on my daddy's side. Then it hit me. I was stunned for a while. :)

So after learning that I am not pale,and having only a few minor issues growing up as a girl of a certain caramely... green shade, I went and had kids with a Jamaican.

My babies are going to grow up darker than me, with even more curly hair. Not to mention the strong Jamaican ... way about them :) Their daddy is teaching them how to talk like him. It's cute.
But I wonder what the world will be like for them. When I was a kid, there was a problem between black kids and Lebanese kids in my neighborhood. For whatever reason, they didn't get along. I remember walking down the street with my sister and cousin, and these guys walked by us with a confused look on their faces. WE knew what they were thinking "what are they?" So they asked, once they had passed us... and my cousin yells "We're the whitest black people you'll ever see!" and They started yelling mean things to us. I am STILL not sure why the hell she had to go do that. LOL But it's something that stuck with me since.

Will the small world my kids live in, be separated still? Will people assume things about them? Will they grow up to act a certain way? Will they relate to either parent more, based solely on color? Will they feel judged? Will they try to fit into stereotypes? Are they going to think they look too white? too black?

I had a different problem, since I don't LOOK black. But I do look like something. i get that a lot. "what are you? You look ...something, I can't figure it out." I've had people talk to me in different languages, assuming i'm from their country. Which is fine. I love hearing it :) Most of the languages I've been spoken to in, are very beautiful. So I like the guessing game.
But will my babies? Will they understand that it's not an insult? That it's flattery? They might be mysteries like me.
I can only hope that either way, that they are happy with what God gave them. That they don't try to change anything.
My mother has already started using a flat iron on Diva's hair. Don't even get me started... 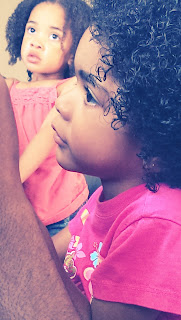 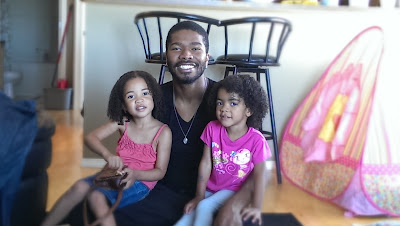 Posted by Chantalehoney at 9:37 am

Email ThisBlogThis!Share to TwitterShare to FacebookShare to Pinterest
Labels: chocolate and vanilla, memories, The kids, the motherhood